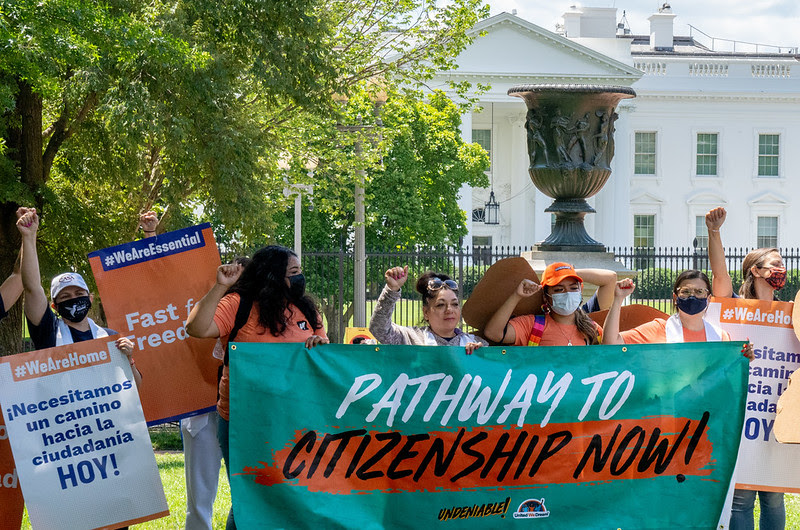 While some important immigration policy wins have been achieved this month, the disappointments stress the need for loud and vocal demands that the Biden administration make good on its promises to provide relief for migrant communities—and to pursue durable, impactful reforms.

The Administration is working to stem the bleeding from the past 4-year nightmare, but addressing this deeply flawed immigration system needs a stronger, persistent commitment and energy. The Administration and allied legislators are also not immune to the backlash and hostility of the Right and anti-immigrant voices, and we know the 2022 midterm elections are also a major factor influencing how far policy changes will go. In the meantime, some immigration policy proposals may be woven into must-pass budget bills.

We have seen progress when we put on the pressure, but the environment for immigration reforms continues to be complex and controversial, as evidenced in the brief updates below.

Congress will be on break this coming week, and advocates and organizers around the country are using the opportunity to reach out to their representatives in district to press the need for immigration policy changes. You can also take action by contacting your Representatives in Congress, during the break or during the regular session. We provide some background and demands below.

Senator Alex Padilla (D-Ca.) is advocating for the Citizenship for Essential Workers Act, which would provide a pathway to citizenship for the 5 million undocumented immigrants who work essential jobs during the pandemic, to be included in the infrastructure bill. In an LA Times op-ed supporting the bill, journalist and author Jean Guerrero argues that the debate around immigration reform is “about workers in the U.S. who have been here, on average, for 18 years, and who saved our economy last year. They have kids, homes and jobs here.” She notes that about 74% of undocumented immigrants in the U.S. work jobs in healthcare, agriculture, childcare, and other essential occupations, and that thousands died due to the pandemic.

The time for action is now. Urge Senators to ensure this is included in the final bill. Call your Congressional Representative and Senators and tell them now is the time for a pathway to citizenship and to include the Citizenship for Essential Workers Act in the infrastructure bill.

Biden released his FY2022 budget proposal, and much to our dismay, the proposed budgets of $8.4 billion for ICE and $16.3 billion for CBP remain as high as under Trump. Both of these agencies continue to terrorize migrants and refugees, repeatedly committing extreme human rights abuses that disproportionately target Black, Brown and Indigenous peoples.

These budgets would fund the incarceration of 32,500 people per day in immigration detention, including 2,500 beds for family detention—more than double the number of people that were in detention when Biden came into office.

JUST IN: On June 29, the House Appropriations Committee released its proposed Homeland Security budget for FY2022. It is being analyzed in more detail as of this writing. This includes the funding for CBP, ICE, border infrastructure and migrant processing, among other critical items.

Congress must pass funding bills that invest in a just and compassionate immigration system. NNIRR supports the #DefundHate demand for a budget that centers civil and human rights. Together we call for:

Take action by contacting your Congressional Representative and Senators with these demands. 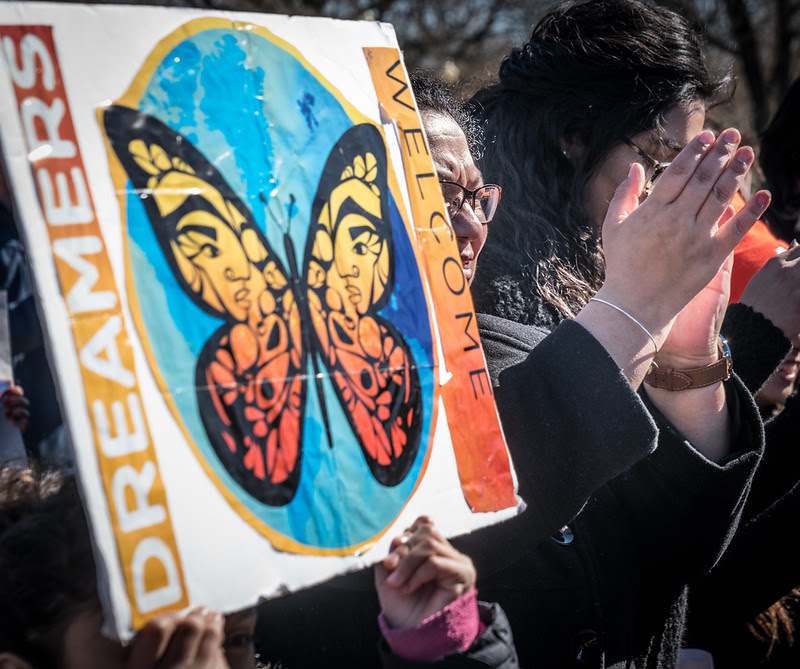 This month was also DACA’s 9th anniversary: We are supporting the call that DACA is not enough!

The Biden administration marked the day with a meeting between Vice President Harris and DACA recipients. While this was a notable meeting, it’s time for Biden and the Democrats in Congress to make good on promises to the immigrant community and deliver an inclusive and expedited path to citizenship. Young immigrants and allies fought to win DACA and protect it from Republican attacks—and they also worked hard to get Biden elected. They will certainly not let up on demands for access to permanent residency.

Other notable news this month

While we have been on a constant rollercoaster the past several years, this month has been particularly eventful. Here are just a few of the highlights:

Please celebrate with us and invest in our future!

️ If you can’t give monthly, how about a one-time donation?

Every dollar makes a difference. Your contributions support NNIRR’s work to: